Home
Uncategorized
What Makes Perth The World’s 9th Best City To Live In?
Posted on May 27, 2015by Lorraine GarviePosted in Uncategorized
0

The Economist Intelligence Unit (EIU) ranks cities around the world annually to determine which are the best to live. In 2014, Perth was rated as the 9th most livable city in the world. What put Perth in the top 10, and what can help it to stay there?

Where Perth Scored the Highest

Perth received top marks in three categories of livability – education, health care and infrastructure. The economy also helps propel the city to such a high spot. The mineral and mining industries contributed to boosting the Western Australian capital’s ratings.

In reality, what hurt the score for Perth the most is something that cannot be controlled – the climate. This is also a subjective rating. We personally love the weather here. Apparently, however, it was a little warm for those doing the ranking.

Boosting the Economy to Improve Livability

One of the things that make it easiest to live in a community is when the economy is doing well. That is why District32 has made it our mission to support local businesses and thus the local economy in Western Australia. We want, not only our capital, but also all of the smaller communities to have the highest degree of livability.

For many residents, that means being able to earn an income running a local shop or restaurant. Whether the world recognises how great our cities and towns are or not, businesses partnering and the community pulling together to buy locally does more to make the community a great place to live and earn a living. 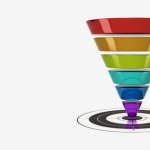 How to build your sales pipeline and increase revenue

Your sales pipeline consists of all of your customers and… 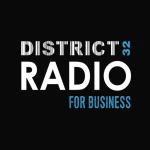 Posted on April 9, 2017by Lorraine Garvie